What’s The Difference Between Flotsam And Jetsam? You Need To Know

Flotsam and Jetsam are usually described as “odds and ends” words, but each of them has a different meaning under maritime maw.

A long time ago, these terms were used to describe separate definitions associated with vessels with legal consequences.

Nowadays, they are used to express debris found in oceans but depending on the material of the trash and how it is found, we can know how to deal with it and know who is the owner of that material.

The word flotsam originated from a French word; "floter", which means "to float". Similarly, Jetsam is a shortened word for "Jettison".

When we talk about marine terms, these ones have to be distinguished. The original owner usually claims the flotsam while Jetsam is often claimed by the one who discovers it. If the Jetsam is valuable, the people who discover it has the opportunity of sale salvaged objects.

Any solid material that is processed and directly or indirectly is defined as marine debris, intentionally or unintentionally, abandoned into the marine ocean or the lakes.

The big quantity of the trash that covers our beaches and tends to float in the surface’s ocean comes from storm drains, as well as recreational activity such as picnicking and beach going.

Also, people who do fishing activity tend to leave the trash around the site, causing big pollution problems like injury, drown marine wildlife, and damage the environment.

The term “Jetsam” is used as an option to any cargo that is discarded from a ship. Even though the word floating is not part of its etymological meaning, it can float on the surface.

Mentioning that before, it is important to say another way to remember its definition is when arrives there on purpose while everything else floating around the site of the accident is Flotsam. There are many guidelines made by many countries for each type which explain how they should be handled and who takes ownership of it.

There are also a new set of terms called "lagan" and "derelict." And just like the other two, the difference between these definitions depends on how the material got there.

Over time, Marines have made investigations and have created several programs to keep the marine environment, industries, and people protect and conserve. 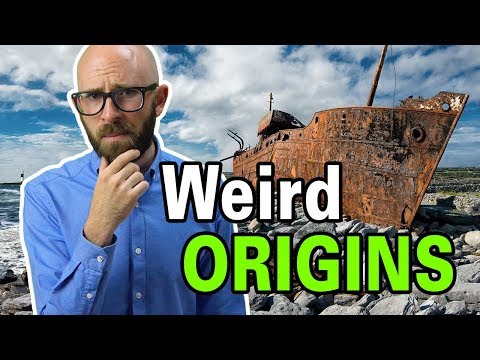 Q1. What are the meaning of Flotsam and Jetsam?

These definitions are used to know how debris material go into the bottom of the ocean. They are also used in other contexts to mean odds and ends or bits and pieces.

Q2. What is Flotsam and Jetsam used to describe?

Any kind of trash or debris underwater in an accident event.

Q3. What do the UK laws say about these definitions?

They have dictated that recovered material be returned to the owner of the vessel (jetsam), while flotsam became the property of the government.

Q4. Nowadays are these definitions grouped together?

Today, all four categories of debris (flotsam, jetsam, lagan, and derelict) are generally sorted together in most countries laws in order to make people know the difference between them.

Q5. Do these definitions have any cons?

Yes. They have a big impact on our eco-system, that’s why many countries have established laws to make these definitions known by everybody.

We can say Flotsams are items or goods found floating on water and do not need to be deliberately thrown in, while Jetsam indicates items that are voluntarily cast into the sea.

It is important to know these definitions if you are thinking to navigate in ships to avoid any legal consequences.

There have been times where people used to throw any kind of material in the ocean producing environmental damage, so we must try to avoid these kinds of materials when we are sailing.