When you go into the water, you need to have some special equipment so that you can be beneath the ocean as much as you want without having to go to the surface to take some air.

One of the most common apparatus is the rebreather that helps you to breath without any problem. These devices are used by many divers because it is the way they can be underwater and have great experience in the ocean.

The rebreather is a type of diving apparatus that has many differences and advantages than the traditional scuba equipment.

Its formula is to absorb the dioxide of a person’s exhaled breath permitting the rebreathing of the unused oxygen.

This kind of technology is used where the oxygen is limited such as underwater (most commonly used) or in the space, where the environment can be toxic or hypoxic.

There are three types of rebreathers:

Each of them works differently but have some things in common, for instance:

Having breathing loop, which consists in having carbon dioxide scrubber, breathing hoses, and a mouthpiece as well.

Having gas replenishment system, which consists of having pressure calibrate, gas control, and compressed gas cylinder.

The traditionally fully closed rebreathers were the ones that have exclusively used by commercial and military divers. They require a lot of preparation, dive planning and ability to use them.

How Does the Rebreather Work?

Its function is really simple; it consists to have this equipment on your back which provides you breathing gas. After the first breathing, this gas goes through the regulator system and passes into the ocean. Then it goes to the surface and it is seen as bubbles.

This process is repeated every time you breathe as long as you are beneath the ocean. 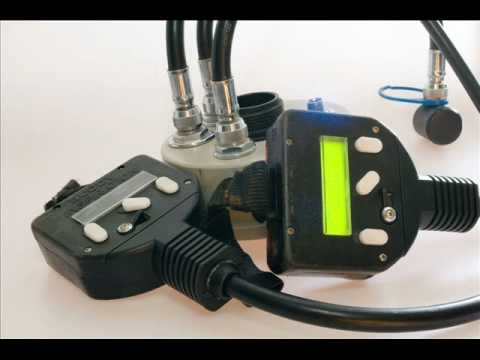 How Long Can You Dive With A Rebreather?

Normally, the duration of your dive is dependent on the depth you dive if you are using an oxygen tank, but with rebreathers, it is not the case.

A small gas cylinder of a rebreather can last for hours and this is not dependent on the depth at which you are diving. That is to say your diving is independent of depth.

So depending on the duration of the rebreather you are getting, you can dive to the bottom and spend hours there.

Again this duration is determined by the duration of the rebreather you are getting.

Advantages of a Rebreather

One of the advantages is that you will have is, 3 hours of no-decompression dives. So it offers you a long time underwater in order to experience a great time. Besides, you are breathing warm air which has come from your lungs so you stay warmer longer.

On the other hand, you get much closer to marine life because some of these apparatus doesn’t make any bubbles, so you are like invisible to marine animals, giving you the chance to take pictures or just have fun there.

Another important thing is that the dive time is not limited by depth which means you can hardly move the dive or swim head-on into a current and it’s not really going to affect your dive time.

A key to remember is that a normal 12-liter dive tank has its weight firmly down the centre of your back. Thus, rebreather equipment is lightweight in comparison to other advanced system.

As the decompression system is less complicated, divers can stay down longer than with conventional scuba.

Q2. Why can they get closer to marine life?

Because some of the rebreathers devices do not make any bubbles which are a great advantage so that they go unnoticed.

Q3. What is the mouthpiece’s function?

It's function is to enable the diver to inhale oxygen. There are two types of mouthpieces - a full-face mask, and a mouthpiece.

Q4. Which mouthpiece is the most commonly used?

The full-face mask is the one the divers prefer, because it offers them more visibility and comfort being into the ocean for long.

Q5. Which rebreather is the most used?

The full closed circuit for its advantages we mentioned before.

Rebreathers allow you to rebreathe your air giving you more time underwater without going up to the surface. The correct device must do the following;

Therefore, it is now possible for recreational divers to easily and safely enjoy rebreather diving on a fully-closed circuit than before.